Located in front of the coast of Almeria (southeast Spain), the Chella Bank (Seco de los Olivos in Spanish) is a seamount whose top is found at a depth of 80 metres.

Located off the coast of Almeria (southeast Spain), Seco de Olivos (o Banco de Chella) is a small seamount whose summit lay at 80 metres below the surface of the Mediterranean Sea. The bank houses rich biodiversity including deep-sea coral reefs, cetaceans, sharks and different species of fish. Oceana documented the area as part of the LIFE + INDEMARES project of the European Union, and it was designated a marine protected area within the Natura 2000 Network. 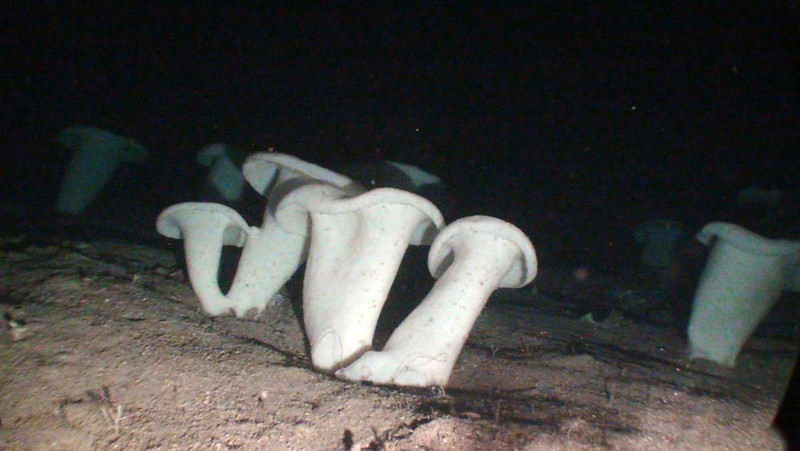 Seamounts are biodiversity hotspots. Oceana’s work in Seco de Olivos confirmed that the area is home to vulnerable species like red coral, various species of black coral and the angular roughshark—which is in danger of extinction in the Mediterranean. It’s waters are also a migratory area for numerous types of cetaceans and it is a breeding ground for commercially sought-out species, like hake.

Within the scope of this project, Oceana obtained never-before-seen videos of the seamount using a remotely operated vehicle (ROV) at depths reaching 600 metres and documented significant threats caused by destructive fishing and underwater garbage in its 2010, 2011 and 2012 expeditions.

Oceana first documented the area in 2006 and the following year, observed the first carnivorous sponge found in Spanish waters. In all, the data gathered demonstrates that the Mar de Alboran is an important area of ecological interest within the Mediterranean.

Since December of 2014, the area South of Almeria – Seco de Olivos is part of the Natura 2000 Network, a network of nature protection areas throughout the EU.

All work related to Seco de Olivos, videos and on-board diaries, are identified with the LIFE+INDEMARES logo.