Due to the stock’s extremely poor condition, the European Commission ordered emergency fishing measures to be put in place following the collapse of the eastern Baltic cod population. The temporary ban to fish eastern Baltic cod will last until December 2019. However, Oceana stresses that a long-term action is crucial to gaurantee its proper recovery. 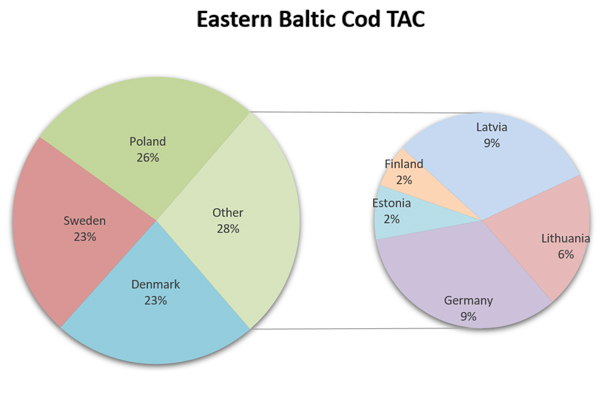 The cod stock in the eastern Baltic has historically been much larger than the neighbouring western stock, from which it is biologically distinct. The eastern cod stock is in a critical condition and it has been widely recognized that it has collapsed. It has been suffering from a fishing mortality well above sustainable levels and the biomass has been below the Blim reference point (which means that the stock is at a high risk of suffering from reduced recruitment, a state that should be avoided at all cost) for several years now. In fact, in the mid-term, it is estimated that even at a no fishing scenario, it will remain below the reference points due to incredibly high natural mortality. The International Council for the Exploration of the Sea (ICES) noted that “fishing at any level will target the remaining few commercial sized (>=35 cm) cod; this will deteriorate the stock structure further and reduce its reproductive potential.” It is therefore vital to take any and every measure possible to preserve the future of this stock. 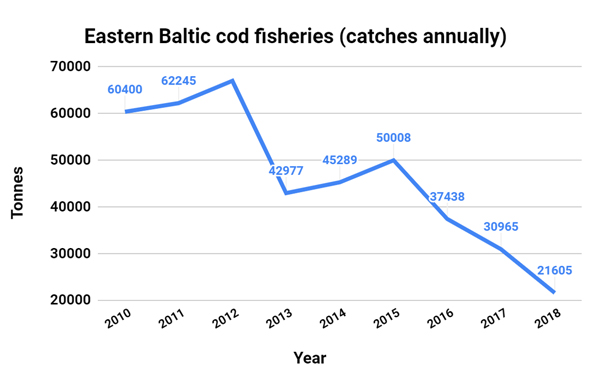 Take Action:
Save the Cod