In fact, bycatch is usually discarded. This happens when:

Discards seriously damage marine ecosystems and represent a waste of fishing resources. For example, the FAO estimated that the value of discards in deep-sea fisheries in the North Sea in 1997 was close to 700 million, similar to the value of landings.

The gear used also affects the species captured and their mortality rate.

Bycatch and discards are closely related to overfishing. It is believed that the total volume of world catches is much higher than the declared catch because many fisheries do not provide information about their discards; in other cases, many catches that are not commercially valuable are not even considered discards and, as such, are not registered at all.

Oceana works in the EU to achieve the approval of specific legislation concerning bycatch and discards. The proportion of discards in European waters is putting the future of many fisheries at risk. These fisheries discard more than 50% of their catch.

Oceana proposes the implementation of a set of measures that have been proven effective in other fisheries:

Some of these ideas are being developed in different European fisheries and are generally pilot projects or local and/or regional regulations. Oceana works to introduce these measures in Community legislation and ensure they are effectively implemented. 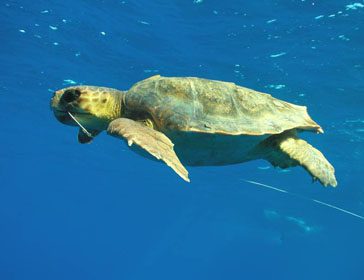