Deep-Sea Fisheries in the Northeast Atlantic 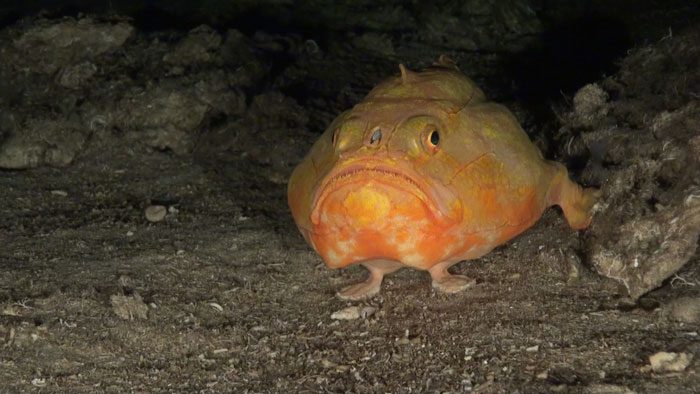 Data on deep-sea fisheries catches, discards, landings and fishing effort are scarce. However, scientific evidence suggests that most EU deep-sea stocks have been exploited beyond levels that are sustainable. Many stocks are depleted below levels that are considered to be biologically risky, with 21 species now prohibited for retention or landing, due to concerns about their status. Unselective and destructive fishing techniques are major drivers of this overexploitation.

Most deep-sea fisheries catch a mixture of species, including non-target ones such as threatened sharks. An average of 50% of deep-water trawl catches consists of unmarketable species and juveniles, and in some hauls, this percentage can reach 80%. The animals are usually discarded and their survival is virtually zero because of the effects of pressure changes and abrasion in nets.

In addition to their direct impacts on species, some types of bottom fishing gear also damage – and permanently destroy – deep-sea habitats. For example, in some areas, deep-sea trawling removes 90% of corals and sponges, thus affecting spawning, nursery, refuge and feeding grounds for many species – that  is, destroying essential fish habitats.  In fact, the impact of bottom trawling in the North-East Atlantic is considered to be greater than the sum of all other human activities, including laying submarine cables, waste disposal, and oil and gas exploration.

The profitability of deep-sea fisheries is inversely proportional to the damages they cause. Deep-sea fisheries in the North-East Atlantic represent only around 1.1% of total catches of the EU fleet in this region. Furthermore, the costs of many of these fishing activities, especially bottom trawling, are so high that they can be maintained only thanks to massive subsidies.

The EU began to manage deep-sea stocks in 2002, but Regulation (EC) 2347/2002 (the ‘deep-sea access regime’) has failed to ensure their sustainable management. Few species are managed with catch limits (total allowable catches or TACs), and these TACs have frequently been set higher than scientifically advised.  Even so, in about 50% of cases, actual catches have exceeded the agreed TACs. Many captured species are not included at all in the regulation and therefore are completely unmanaged, and can be caught in unlimited quantities. The regulation also places no restrictions on destructive fishing gears (i.e., deep-sea bottom trawls and gillnets), leaves ecosystems unprotected from damaging bottom gears, and fails to reflect international commitments made by the EU through United Nations General Assembly (UNGA) Resolutions 61/105 and 64/72, which call upon flag states to implement conservation and management measures to protect vulnerable marine ecosystems (VMEs).

The European Commission tabled a proposal for a new regulation in 2012, which aims to ensure sustainable exploitation of deep-sea fisheries, to minimise environmental impacts, and to improve scientific knowledge about these resources and habitats. This proposal also included the phase-out of destructive, non-selective fishing gears for targeting deep-sea species, because of the direct physical damage they cause to VMEs and high associated levels of by-catch.

During 2013, the issue was debated in the European Parliament. In December 2013, the Parliament adopted its position, which includes a broad package of measures to improve the management and conservation of deep-sea species and ecosystems. Unfortunately, due to human error (a mistake as simple as pushing the wrong voting button), the ban on destructive, non-selective gear was voted down by a difference of only 16 votes.

Currently, trilogue negotiations are being held between the Parliament, the Council of Fisheries Minister and the Commission. During this process, Oceana is calling for measures that include: