The oceans play an important role in regulating the Earth’s temperature. As the levels of carbon dioxide and heat rise in the atmosphere, so do their levels in the oceans. 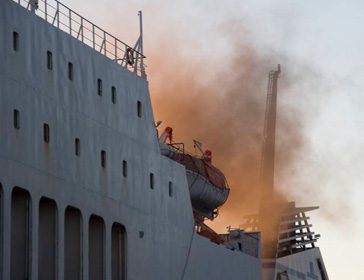 Oceana campaigns to stop climate change in the following ways:

Oceana is working to prevent a virtually unregulated major source of greenhouse gasses that contribute to climate change — climate pollution from the shipping industry. Oceana is identifying solutions that can reduce emissions of pollutants like carbon dioxide, black carbon and others from the global shipping fleet. This will help stem the release of greenhouse gas emissions and turn the tide on climate change.