The serious effects of Climate Change on our planet, ecosystems and populations make this one a particularly important moment: it is the end of fossil fuel and the beginning of a new era of renewable energies.

Renewable energies play an important role to mitigate the effects of climate change which is endorsed by the international development of these technologies and the increased percentage of these in each country’s energy mix.

There are important differences among countries regarding the implementation of policies and development of technology and the presence of renewable energies in the energy-mix. In its Common Directive on renewable energy, the EU establishes binding objectives in which renewable energies must represent 20% of the total energy consumption by 2020. In order to achieve this objective, renewable energies development must be fostered and special importance must be given to the immense amount of energy our oceans and seas have to offer.

The promotion of marine wind and other technologies that use the oceans as an energy source (waves, tides, currents…) is crucial if we intend to halt the effects climate change is having on our oceans. However, Spain, which is fourth in the world’s ranking of wind energy producers and second in Europe, is now in disadvantage compared to other countries in northern Europe that have made a clear commitment to developing marine wind energy.

Oceana demands the public entitities to adopt the following measures: 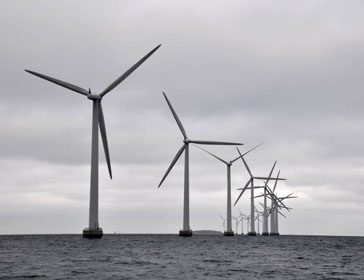