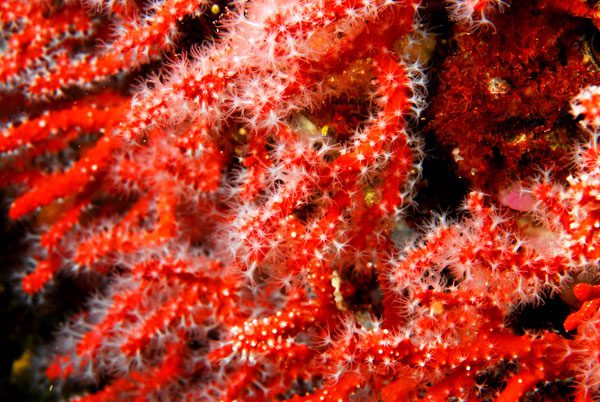 Red coral (sometimes called precious coral) is widely used throughout the world for jewelry, and in beauty products.  The human “appetite” for this stunning coral, which dates as far back as ancient Greece and Egypt, when red coral was considered to have sacred properties, has unfortunately led to the destruction of many red coral colonies, and there are concerns about the sustainability of coral harvesting.

The original species of red coral (Corallium rubrum) is found across the Mediterranean Sea, at depths between -10 and -300 m. It can also be found in some parts of the Atlantic, while other Corallium species are spread throughout the Pacific (at greater depths). Red coral is a rocky bottom species that favors areas with low luminosity. Because it is so slow growing, its excessive exploitation is cause for great concern. 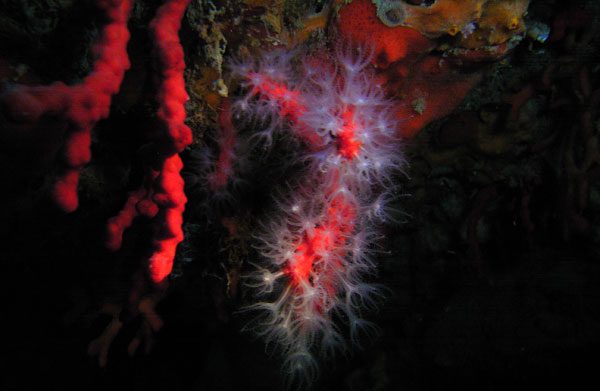 Trawling is still used in some parts of the world to harvest coral. Trawling is one of the most destructive forms of exploitation as it clearcuts the seafloor thereby destroying vital marine habitats.  In the Mediterranean, this type of coral harvesting has been replaced by scuba, though unfortunately the practice of trawling for other types of fishing is still widespread in this sea.

Ocean acidification, which is occurring at a faster rate as climate change continues to wreak havoc on our planet, is also posing a dangerous threat to all corals. The acidification of the sea occurs when seawater absorbs CO2, and  lowers the pH of the ocean, making it harder for coral reefs, and many other marine organisms (including crustaceans and some types of plankton) to build their calcium carbonate skeletons.

There are many things that we as consumers should be aware of when we make choices in our lives, not just about seafood, but about jewelry and beauty products, and it’s important to know how everything ties together.