Having worked with the Baltic Sea on the policy and advocacy side for some time now, I sometimes get stuck on how to get more audience and raise awareness around the issue. How can we attract a wider audience and in particular, how can we get more young people interested in the issue?

Last Saturday I had the chance to dive deeper into this when I was invited to take part in the Baltic Warriors live action role-play in Helsinki, Finland. This game is part of a series of games to be organized in different cities around the Baltic Sea, with the aim of initiating discussion about the poor status of the sea. The game in Helsinki was followed by a panel discussion with the Finnish Minister for Environment Ville Niinistö, researcher Juha Flinkman, Liisa Pietola from the Finnish farmers union and me. The debate was moderated by Mathias Bergman from the Baltic Sea Action Group.

The genre of the game was a political satire and it simulated a meeting where politicians had gathered to vote for a law about the Baltic Sea, with different stakeholders trying to convince the politicians on their cause – a situation that I have found myself in a number of times. And at times, I’m sorry to say, it can sometimes feel like a satire or a melodrama in real life too… or at least you wish it was a comedy but no one’s laughing… So, I think this game managed to capture the true essence of this kind of meeting very well, but in an exaggerated manner of course. 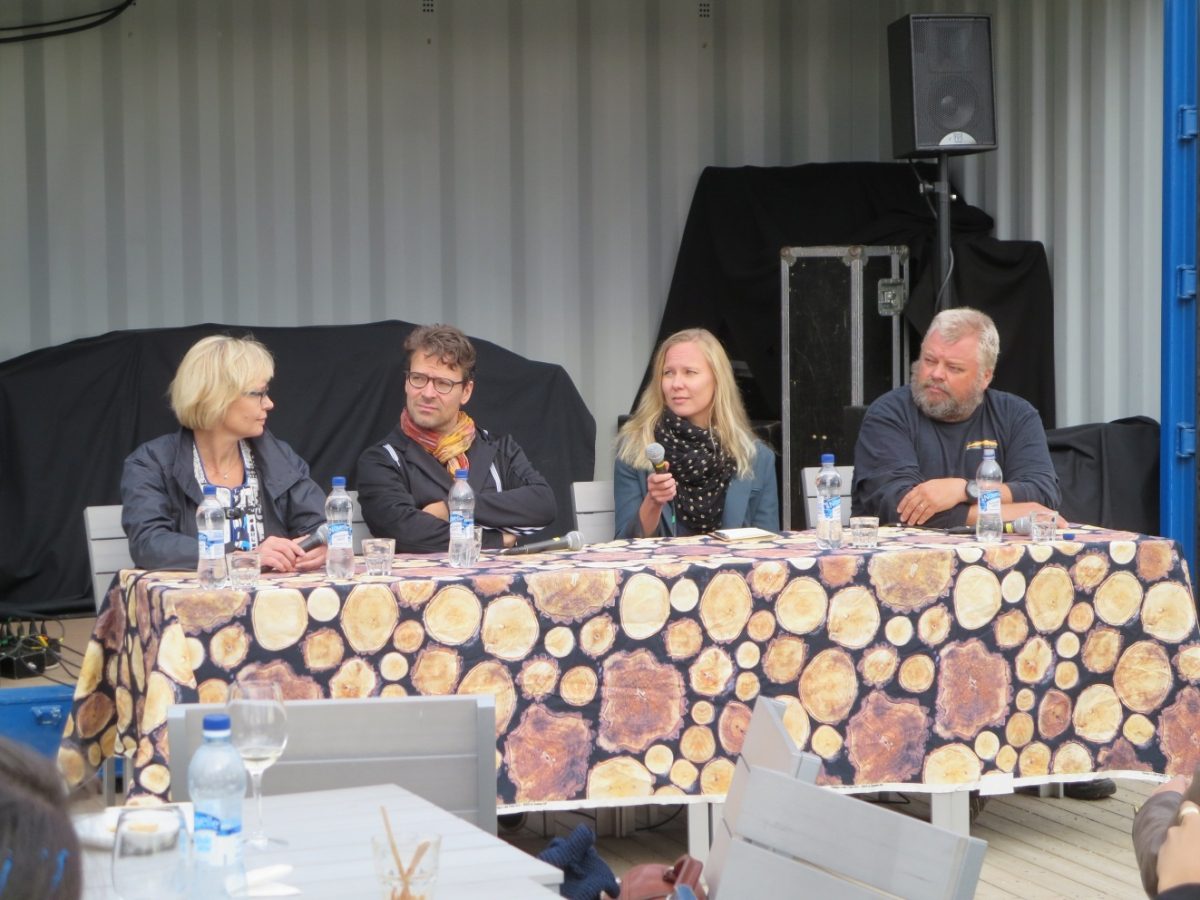 If given enough background information, I think this game can serve as an excellent educational tool for both younger and older audiences. As the theme has a clear connection to reality, it challenges players to think about the matter in a wider context. Also, role-playing a political meeting gives great insight into the political decision-making process and explains why it is sometimes difficult to come up with decisions even when the problem appears to be very evident.

At the end of the game “Viking Zombies” arose from the anoxic depths of the sea and tried to turn the meeting participants into zombies as well. For a while the group was united to fight against a common enemy. As it should be; restoring the status of the Baltic Sea should be the common nominator and the shared goal. It should be widely acknowledged that we have let the status of the Baltic Sea get so bad that action is needed right away, even if it results in short-term economic losses. Because in the long-term we are all winners; the value and economic potential of the Baltic Sea is much greater than what it is now in its current depleted status.

The game was developed and written by Mike Pohjola and Juhana Pettersson. The German film group Kinomaton Berlin is the creator and producer of the project, in co-production with Finnish company Made Oy.