High tide and an entangled propeller

When we reached the ROV immersion spot, the wind increased slightly. The ROV was about 780m deep, so as the wind was blowing harder and the waves came before expected, we suspended the immersion and began to lift the ROV back to the surface with no major problems. Our journey turned complicated as the waves were too big. Shortly after leaving the port, we came across a fishing gear. The buoys are usually plastic bottles hard to identify, and the wind blows hard enough to tauten the ropes leaving them on the surface. As a result, even bringing the starboard engine to a stop, both buoys got entangled in the propeller. We had no choice but to jump into the water (Jose Manuel and I) and set if free ourselves to keep on going; if we had done otherwise it could have gotten into the propeller shaft and caused a leak. 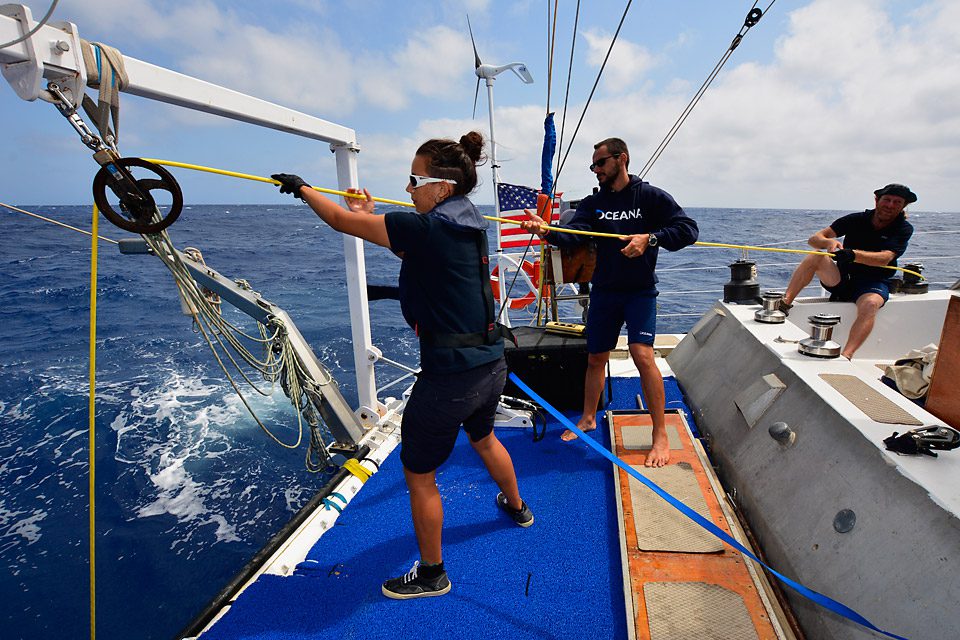