EU seas are in bad shape

In 2008, EU Member States took an ambitious decision to safeguard and restore the state of European seas by 2020. After years of negotiations, the Marine Strategy Framework Directive was adopted, which aimed at making sure all human activities that impact the quality of our marine environment are addressed. Today, five years since implementation, and with six more years to go, the goal seems more of a challenge to reach.

Two weeks ago, the EU Commission published its first evaluation of progress, revealing an overall gloomy picture of the state of our seas, and worse, a general lack of ambition from our governments. As European Environment Commissioner Janez Poto?nik summarized: “The message is clear: Europe’s seas and oceans are not in good shape.”

Most notable was the poor performance of the northern European countries around the Baltic Sea. This was due to the lack of coordination between the neighboring countries when defining the goal for 2020. Simply put, they couldn’t agree on common indicators to evaluate what a healthy sea should look like: How much fish there should be? What is tolerable level of harmful substances or underwater noise? How contaminated can seafood be? Which species need protection, and how to go about it?

They also couldn’t manage to put together a coherent plan integrating different activities, such as water, agriculture or nature conservation.

The most worrying issue at this point is that the past five years were meant to lay the foundation for concrete measures that will be adopted over the next six years. The lack of ambition we’ve seen so far has thus seriously undermined the entire aim of the MSFD.

But, this dismal half-time report is a necessary wake-up call, and the good news is that there is no need to reinvent the wheel; the tools already exist to move in the right direction.  Just last week the Baltic Sea countries celebrated 40 years of successful cooperation in the region under the HELCOM umbrella. This partnership produced several very useful tools for countries aiming to contribute to the implementation of marine directive.

Unfortunately, the leadership of these countries is reluctant to use the very same tools they developed and agreed to use so long ago. It’s as though Baltic Sea states are in a dysfunctional marriage: after 40 years together they’ve stopped talking to one another, and when it comes to making things work, they’d rather do it alone than together.

Unfortunately, these shortcomings and delays are not isolated to the Baltic: we are seeing Atlantic and Mediterranean countries drag their feet as well.

You can read more at the European Environment Agency. 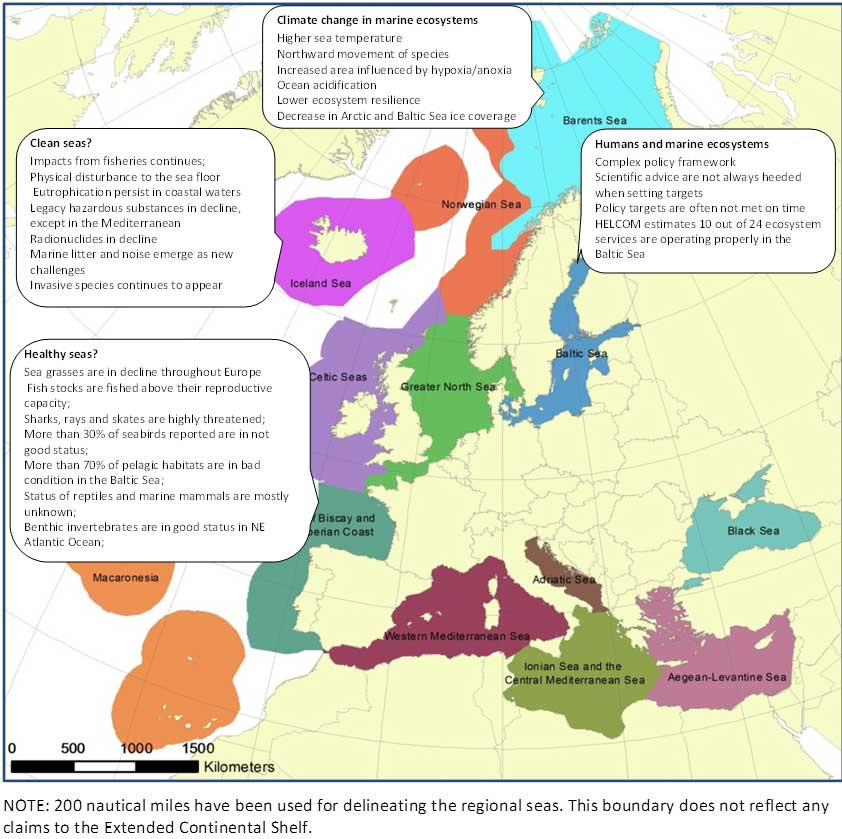