Another windy day and we can’t go too far off, rather we decided to stay close to shore near Roquetas de Mar.

Our first scuba dive was in a seagrass barrier reef, where we found that trawlers have destroyed parts of the meadow. Though older, the marks were still very visible. In the deeper areas, there are some artificial reefs that have placed to protect the posidonia meadow, but these apparently haven’t been very efficient. Made from concrete, we found that these artificial reefs were covered in plastic, old fishing nets, lines, and crab pots.

Once the divers came onboard, we continue researching this area with the ROV. Later, we headed towards the small town of Aguadulce and spotted a sunfish (Mola mola) basking on the surface.

The density of the seagrass meadows in Aguadulce makes impossible to see anything below the canopy. It is a mixed meadow of Posidonia oceanica and Cymodocea nodosa. We then decided to move to closer to the beachfront in Roquetas de Mar where the water was so turbid that we only can see few centimeters ahead. We continued with the ROV until we reach a clearer area where we spotted some plastic, but the again, the water was so turbid that it was impossible to continue our research here, so we set off for port. 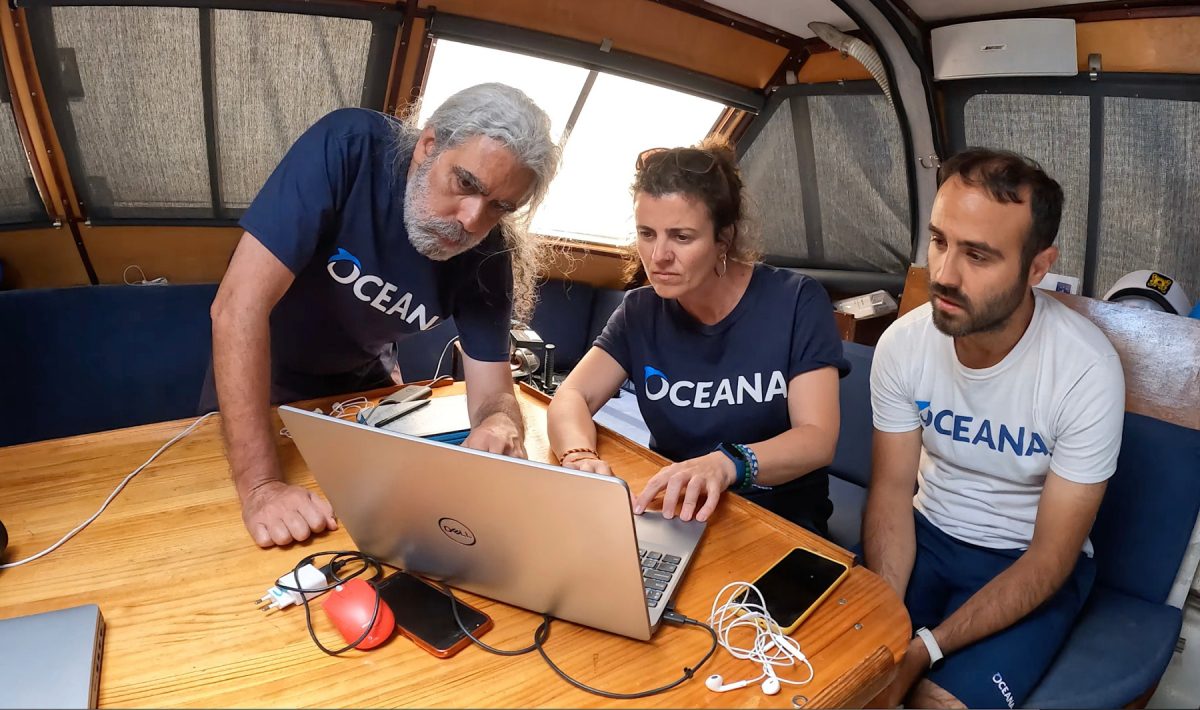