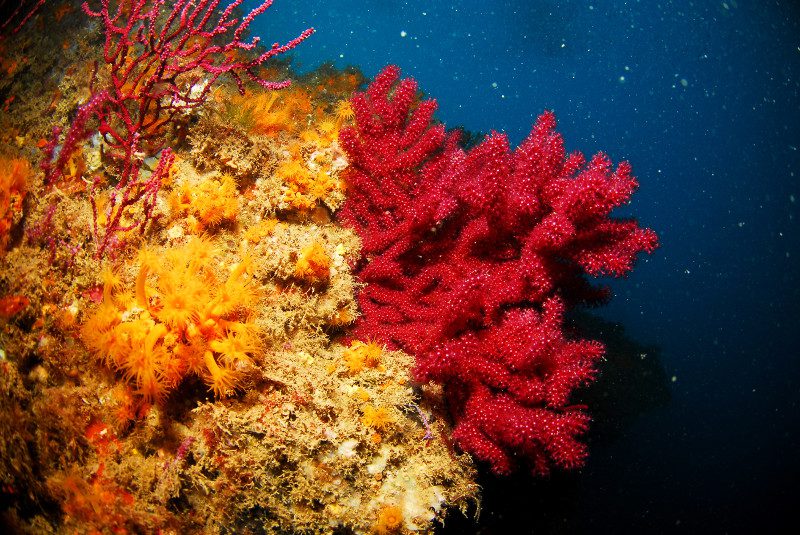 Acidification is one of the consequences of excessive CO2 emissions, which have accelerated climate change, one of the most important challenges humanity has to face in this century. The climate has constantly varied throughout the planet’s history due to the changes related to solar or volcanic activity, but since the Industrial Revolution, human action has had an indisputable role in this process.

Not all emitted CO2 accumulates in the atmosphere. The oceans and forests act like drainers and have an important role in reducing the impacts caused by climate change. Since the beginning of industrialisation, the oceans have absorbed 30% of the CO2 emitted. This, along with the continuous and rapid increase of emissions, has serious consequences on the ecosystems and biodiversity. Oceana demands urgent cuts of CO2 emissions and stabilisation at 350ppm instead of the current 387ppm.

Oceana works to make acidification known as a serious consequence related to the impacts caused by climate change. The necessary measures should be implemented to halt and counteract this phenomenon. It is in fact essential that acidification be included in both EU policies and international climate conventions, for example the United Nations Conventions on climate change.

Oceana strongly promotes research into acidification on a global scale and in particular, in the Mediterranean Sea, where the lack of data and studies is extreme. Oceana requests the creation of an International Observatory on Acidification that will help us study, monitor and delve into the serious effects that CO2 is causing in our oceans and seas.

Therefore a serious and binding commitment is necessary and should be implemented according to advice of the scientific community, both by developed and developing countries and emerging economies. We will not be able to face this challenge without a coordinated commitment from the international community. Isolated actions carried out by individual countries only make sense if other countries act reciprocally.

Click here to learn more about corals and the effects of global warming on corals.